Ghost of California embodies everything great that used to abound in rock and roll; an incendiary, psychedelic, radical band of brothers, deeply steeped in all of the legendary West Coast bands who’ve come before them, yet wholly unique. Almost like a psychotropic love child of The Grateful Dead, Janes Addiction, Soundgarden, and the Doors, Ghost of California has been astounding audiences across the state for the past 3 years. In April of 2018, GOC set about recording their debut EP at the acclaimed Tiny Telephone Studios in San Francisco with engineer/producer Jacob Winik, under the watchful eye of studio owner John Vanderslice. Recording directly to tape, the band completed the tracking of the 6 song album in 4 days. After some additional mixing with Matthew Wright, the band independently released their self-titled EP. A mix of heartbreaking ballads, paranoid psychedelia, and defiant desert rock, the EP was an undeniably strong statement for a band less than 2 years old. They became a local favorite at Petaluma venues such as The Big East and Gales CentraI Club, and word began to spread that, as hard as this band could rock, they could also improvise and jam with a fervor that recalled the Dead, Jefferson Airplane, and Neil Young. The past year has seen the band collectively composing new material, as well as expand their sound to the high desert of Joshua Tree, CA, where vocalist/guitarist Herbie Benham IV now resides. Benham has been a regular guest sitting in with the Sunday band at the legendary Pappy and Harriets in Pioneertown, playing to a packed house and exposing a whole new legion of fans to the Ghost of California sound. Like the wildfires of 2018, GOC is spreading rapidly and can’t possibly be contained. Ghost of California is Ian Benedetti on bass guitar, Herbie Benham IV on vocals/guitar, Andrew Mizzy on lead guitar, and Nick Muchow on drums. 2020 is bound to bear fruit; keep an eye and an ear out for the mysterious and magnificent Ghost of California. 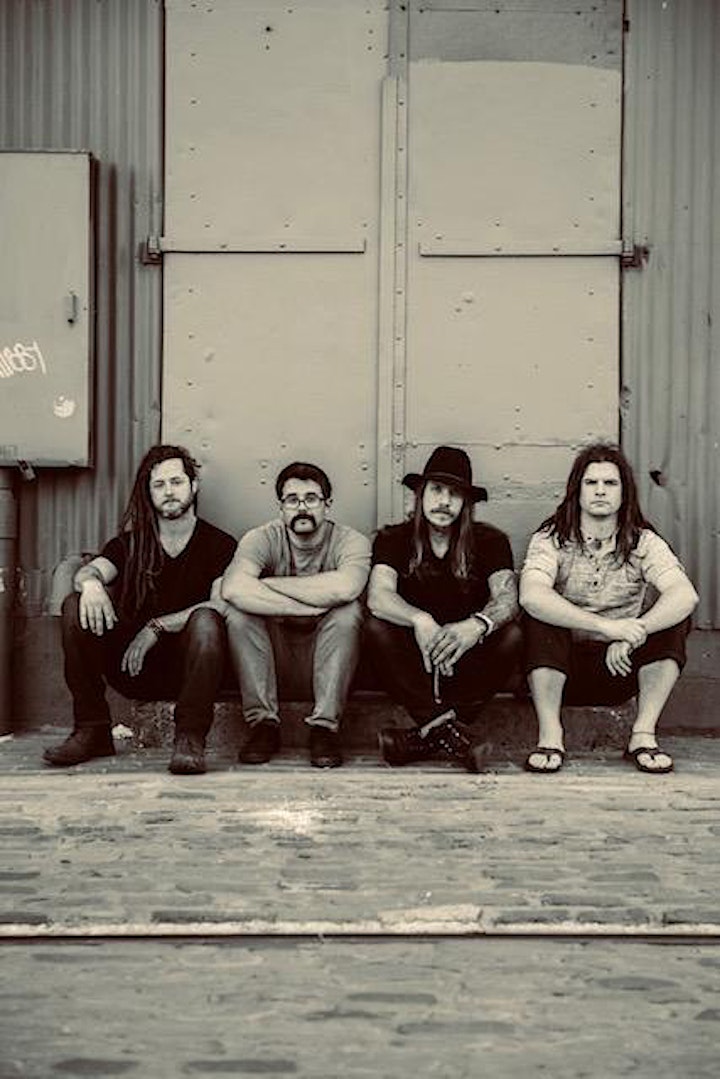 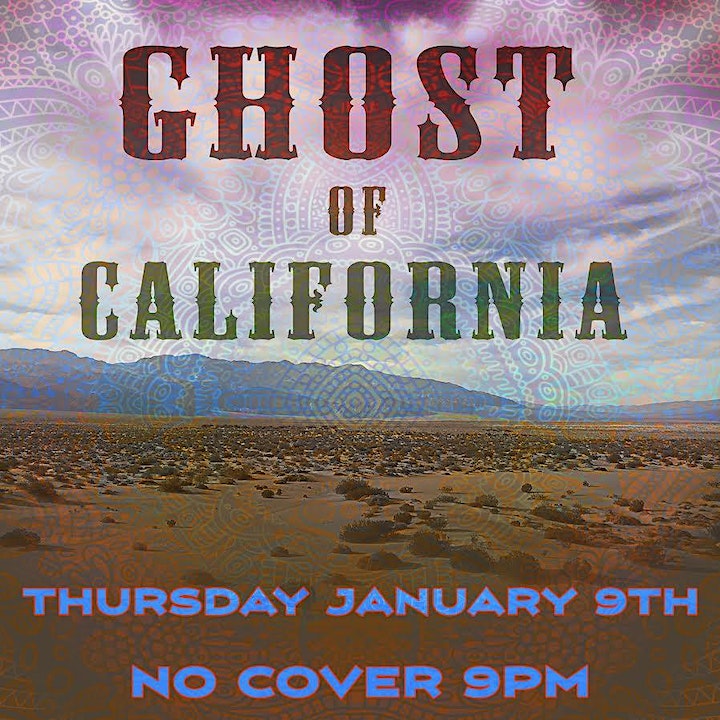