SAN FRANCISCO AIRSHIP The Jefferson Airplane was the first band to take off nationally out of San Francisco during the Psychedelic 60s Music Phenomena that swept the country. Their music was the message of the generation and became the inspiration that has continued on and become an important part of everyone’s lives today. SAN FRANCISCO AIRSHIP is the only Jefferson Airplane Experience that presents the Evolution of the band’s history and music of their transformation into the Jefferson Starship. SFA’s light show, Sur-Realistic Lights, colorfully transforms every venue and creates “a night in the Old Fillmore Auditorium” with their cutting edge visuals that will transport your audience back to that special place and time. SAN FRANCISCO AIRSHIP takes the stage and the story begins of the evolution of the Airplane-Starship music with the songs that made them famous – White Rabbit, Somebody To Love, Miracles, Jane, Find Your Way Back, Sarah, We Built This City, and many more hits that everyone listened to then and still today. SAN FRANCISCO AIRSHIP has performed at major events for thousands of fans in Golden Gate Park’s De Young Museum, Earth Day at San Francisco’s Civic Center, SF Giants game opening event, and all the prime venues around the Bay Area where the audiences were touched by the music and message and memories. 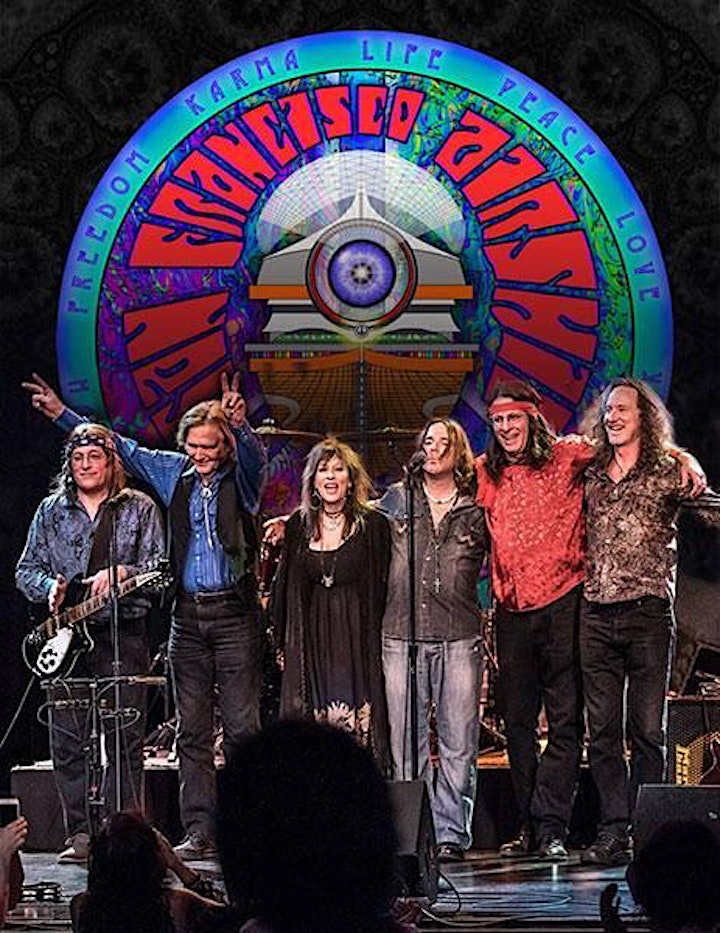