Throughout rock history, we have seen several brother tandems that have left a deep impression – Don and Phil Everly, Angus and Malcolm Young, Eddie and Alex Van Halen, etc. And soon, rock fans will be introduced to the next brother-led rock band that is sure to break through in a big way – the Raskins. Formed several years ago by twins Roger and Logan Raskin, the union originally began as a mere writing project for producer Greg Ladany. But after several demos were cut and the brothers realized they were on to something, it became a permanent proposition, and the Raskins were born. And while seemingly the majority of today’s chart toppers are sonically one-dimensional, the Raskins are a throwback to the days of when bands weren’t as confined stylistically. Case in point, the bros list such wide-ranging artists as Kiss, the Buzzcocks, Jim Croce, the Temptations, Mel Torme, and Jane’s Addiction as influences. As a result, the “rock/retro/alternative/pop-rock/singersongwriter” tag that the Raskins like to go by is indeed well fitting. The proof is in the pudding, as fans have been able to experience the Raskins world wide, as the duo’s self-titled debut album which was recently released on MIRAL Records, while the lead off single, “We Had It All,” launched on active rock radio. Songs such as “We Had It All,” “Need Another Hero,” and “The Radio Song” (which had recently been picked up on “The Pulse” Sirius Satellite and Hot AC Radio) show the retro rock side of the band, while songs like “Open Our Eyes,” “Reach,” and “Where Do We Go From Here” show the diversity of the band’s songwriting with acoustic type pop rock ballads.

“The first radio single and video we decided to go with was ‘We Had It All’,” explains Roger. “This song definitely shows a sound of the band which is most consistent with our biggest rock influences as well as the song being written with a specific topic in mind.” And according to Logan, a follow-up single has already been selected. “The second single will be ‘The Radio Song,’ which is a simple story written about a group of guys grinding with their band on the road – this being us – then all of a sudden, they hear their song on the radio for the first time and how that suddenly changes everything for them, mostly emotionally. We always wanted to write a song about that – most musicians can relate as well as most fans understanding that crucial emotion every musician yearns for.”

As for the Raskins’ plans after the album was released, it is a simple one, according to Roger. “Clearly the future plans for the Raskins is to tour as much as possible, and bring our music to every city in the US, as well as all the local radio stations, doing promotional giveaways, rock shows, and signings for all our fans. We want to show the public that we our very accessible. Also eventually heading over to Europe to give our expanded fan base the opportunity to experience the Raskins live. The Europeans love them some rock n roll. Can’t wait to share our music with all of them!” Lastly, Logan unveils that both the music and the bond of brotherhood will prevail for the Raskins. “We work and strive extremely hard for success with our music. Through all the ups and downs, the trials and tribulations, the acceptances and denials. We always have each other. That is the main focus of the Raskins. We are doing music because we love it and it’s our passion. For us we feel we have already had major success because we are doing what we love most in the world to do – write and perform our music for the world to see.” 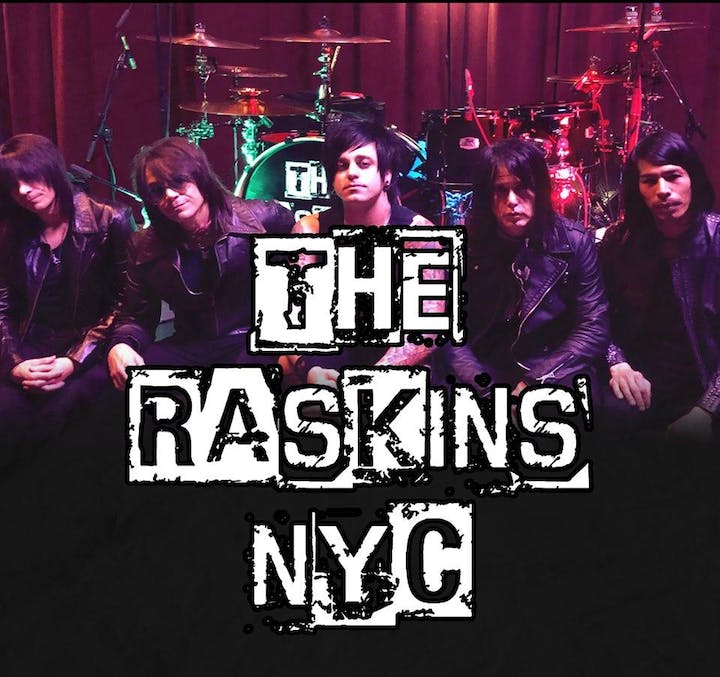