Mr. Hat Presents the Skull & Roses Festival Warm-Up Party, featuring Southern California’s Premier Grateful Dead tribute acts, Cubensis & The Alligators, at a kind venue in the North Bay with Grilled Cheese & Panini Pop-Up and a vibrant “Shakedown Street” to support local artisans. Only $15 advance, or get a Combo Deal for this show and The China Cats on 3/13 at Toot’s Tavern for $25 and make a heady Deady weekend of it.

Cubensis- Grateful Dead Music Experience, had its beginnings in 1987 when a group of Deadhead musicians became frustrated with the Dead’s all-too-infrequent visits to Southern California. To fill the gap, guitarist Craig Marshall assembled a group and began to perform at backyard parties and local bars.

Soon, word got around about this outfit, who used the Dead’s music as a skeletal framework for their own improvisational explorations. To this day, you would have a difficult time calling CUBENSIS a “Dead Cover Band” without admitting they have tapped into the same inspirational wellspring as the Masters themselves. As the LA WEEKLY observes, “Cubensis plays with the same laid-back mastery as the Real McCoy.” Big Brother Skateboard magazine crowned Cubensis as “the nation’s premiere Dead tribute” in their January, 2002 issue.

The Los Angeles-based group has carried the torch in celebration of one of America’s most beloved touring bands for over three decades. CUBENSIS brings the original, organic Grateful Dead concert experience back to life. Drawing from all eras of the Dead, the band performs improvised sets of Grateful Dead and Jerry Garcia Band classics that retain all the spontaneous exploratory jamming for which the bands were renown. However, the music produced is uniquely Cubensis.

The Alligators celebrate the music of Ron “Pigpen” McKernen and they are here to party and rock you.

This event will feature a SHAKEDOWN STREET with Grate handmade artworks and limited edition event posters by Nick Jenkins, Maria Campbell and the Merry Pranksters.

COMBO TICKET DEAL! Make a weekend of it and spend Friday the 13th of March dancing the night away with THE CHINA CATS & DEAD AGAIN at Toot’s Tavern. Buy the combo ticket and get both shows for a special price. 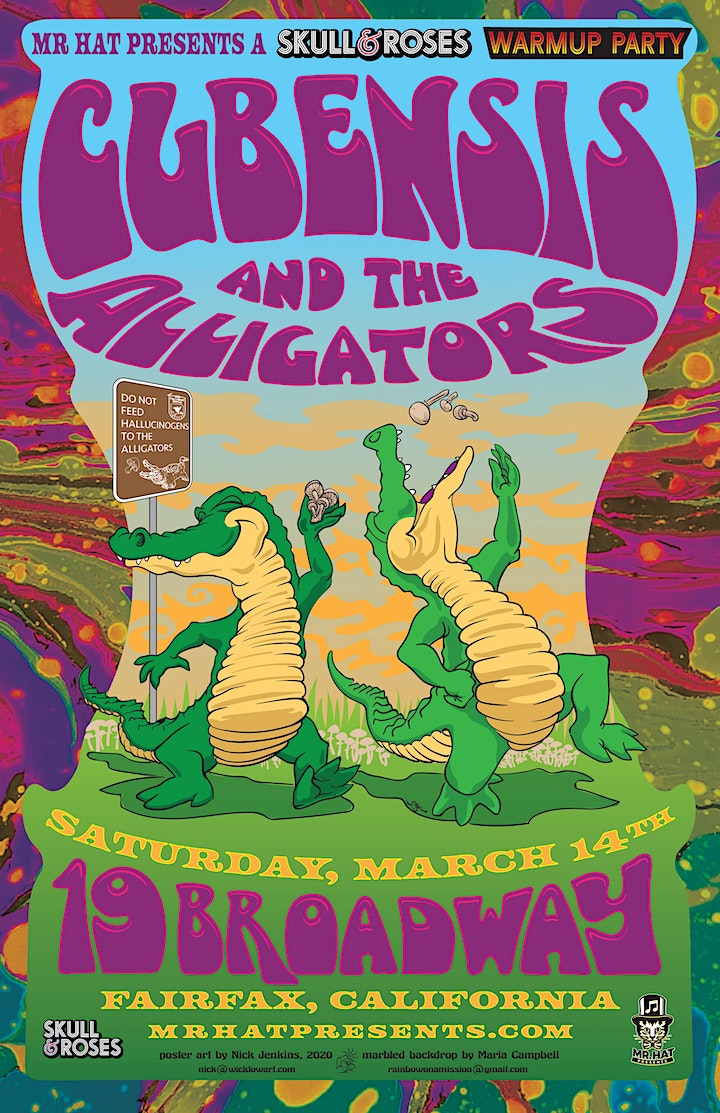 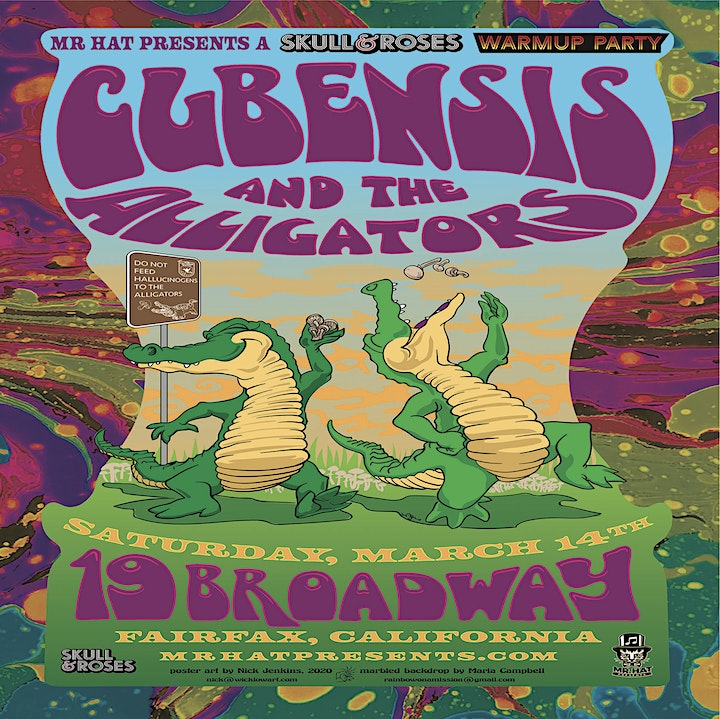