Little Gems combines the magic of three-part harmony with the driving forces of indie folk rock. Individually they are eclectic, having played everything from Renaissance music to Trip Hop, Samba to Balkan folk, Country to Indie Pop. Members of Little Gems have performed for the Pope in the Sistine Chapel, sang topless at the Fillmore, appeared on television from Los Angeles to Serbia, and played with everyone from the Kronos Quartet to Chali 2na. Together they have produced or performed on over 65 albums, played thousands of shows across the US, Canada, and Europe, and sung in over 20 languages. A truly rare and polished collection, Little Gems look forward to bringing their sparkling sounds to you. Little Gems is (from top left, clockwise): Matt “Moonstone” Palmer JT “Jasper” John Velvy “Ammolite” Appleton Rebecca “Charoite” Chourré Kelly “Carnelian” Atkins Liz “Lazurite” Pisco Dave Diamond Band With a style all their own, the Dave Diamond Band isn’t a derivative of any single genre. Rather, the songs reveal a wide range of influences — from indie rock to late 60s/early 70s Laurel Canyon inflections, from funk to doses of latin and afro pop. And it’s all delivered in a natural mix of comfortable jams set in complex musical terrains. So whether you’re a seasoned music aficionado or a frequent festival goer, there’s something for everyone in the Dave Diamond Band! 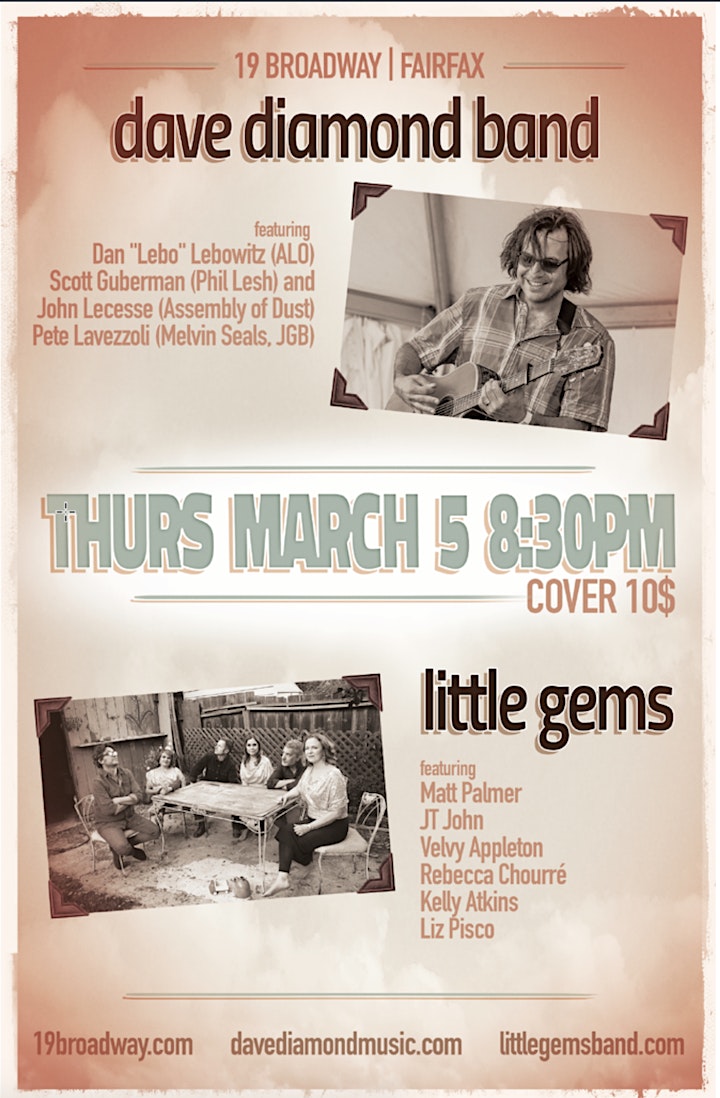